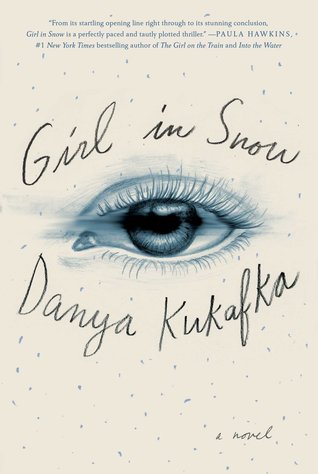 Young author (she’s 24) Danya Kukafka’s Girl in Snow is getting a good dose of buzz as a compelling who-done-it thriller. It’s a promising debut with some graceful writing, though the plot is unsurprising and the characters are formulaic.

The narrative follows three different characters in the aftermath of a high school girl’s murder in a small Colorado town. Each of these narrators, the high school girl who despised the murdered girl, the teenage (probably on the spectrum) neighbor boy who was obsessed with her and is now a key suspect in the investigation, and a police officer investigating the murder, offers the reader a different perspective on the dead girl and the town. Because all of the characters are familiar stereotypes, the Girl in Snow murderer is an easy guess and most suspense readers will figure out the twist by the middle of the book.

Looking past the predictability of the characters and the plot, there is a brightness to Kukafka’s writing; parts glimmer with a real understanding of human nature. I’ll be interested to read what Kukafka writes next.