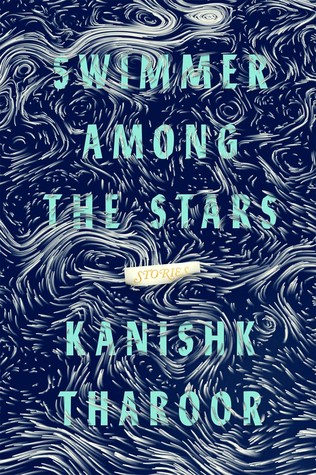 The stories in Kanishk Thardoor’s Swimmer Among the Stars are steeped in history. Many read like fables, told by voices or by characters who carry the past, their people, their language, their lives, forward with strength and fortitude. Thadoor is a classic story-teller, his writing is lyrical, assured, tender.

In this collection the stories revolve around movement, of civilization, of refugees, of territories and borders, of affections, of language. In “The Mirrors of Iskandar” Alexander the Great moves across countries, conquering land, people, the sea, writing history. In “Swimmer Among the Stars” the narrator, the last speaker of a forgotten language, moves between ideas and words, the past and the present, giving voice to lost stories. In “Tale of the Teahouse” inhabitants of a city live, love, eat, and speculate as Gengis Kahn moves closer and closer to their walls, marching towards destruction.

My favorite story in the bunch was “Elephant at Sea” in which an elephant is shipped from India to Morocco, a gift to a princess. Tharoor perfectly captures the poignant relationship between the elephant and the mahout, the elephant’s joyful love of the sea, and the touching absurdity of their voyage. 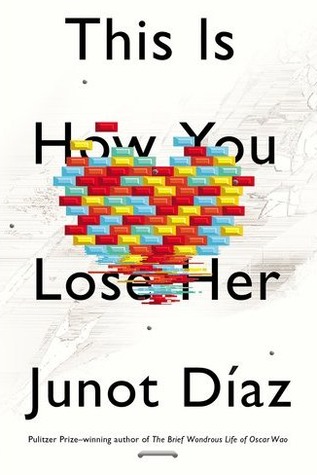 This is How You Lose Her is a vivid, visceral collection of stories by the author of The Brief and Wonderful Life of Oscar Wao.  Many of the stories in this collection feature Yunior, a character Diaz introduced in Drown and, I’ve read, closely resembles the author himself. With Yunior, Diaz treats the reader like a confidant, divulging secrets and indiscretions, making inside jokes, taking us on a ride through lust and betrayal, a journey of the heart. We experience Yunior’s experiences first-hand, his sexual awakening and misconduct, his attempts to know women and his struggles to let them go, we are the voyeurs as the desires of his heart battle with the desires of his body.

Here’s what Leah Hager Cohen over at the New York Times writes: “In the new book, as previously, Díaz is almost too good for his own good. His prose style is so irresistible, so sheerly entertaining, it risks blinding readers to its larger offerings. Yet he weds form so ideally to content that instead of blinding us, it becomes the very lens through which we can see the joy and suffering of the signature Díaz subject: what it means to belong to a diaspora, to live out the possibilities and ambiguities of perpetual ­insider/outsider status.”