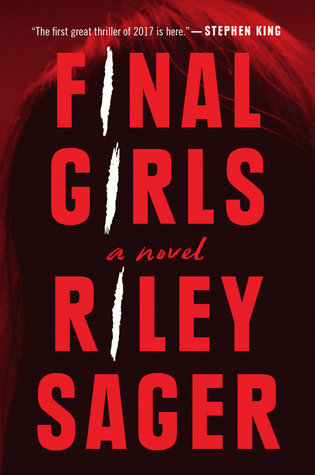 I love a good thriller. And I had high hopes for Riley Sager’s Final Girls, which has received starred reviews from Library Journal, Kirkus, and Booklist, and was praised by Stephen King as the “first great thriller of 2017.”

Like most books in the suspense/thriller genre, there’s a twist. I guessed the reveal within the first 20 pages, so when I finally got to the end it felt eye-rollingly predictable. The slasher action takes center stage over character development and the characters felt flat and stereotypical, their pain laughable and gratuitous. I wasn’t sad when the book ended.

Also, isn’t it interesting that more and more male authors are taking gender-ambiguous pseudonyms in an attempt to sell suspense books to women?